Our work contributes towards these United Nations Sustainable Development Goals:

Diversity of fauna and flora in Palestine According to the Environment Quality Authority, Palestine has about 3% of the global biodiversity which is very high for the small size of the country and for the latitude (of course tropical areas have higher biodiversity). While much more studies are needed and are being done by our team and others, this is what is known about species diversity in our area.Our area is designated a mediterranean biodiversity hotspot (https://www.cepf.net/our-work/biodiversity-hotspots/mediterranean-basin/ ). There are some very interesting endemic and exotic fauna and flora in our area (see Living national treasures http://lntreasures.com/pi.html)

Additionally there are invasive species: two mammals, 20 bird, two reptile species, 1 fish, dozens of invertebrate species (especially insects that came with food products) many plant species. Note that some Israeli studies include the Golan, an illegally occupied and annexed Syrian territory and not part of the geographic area of Palestine. These are excluded here

The Convention on Biological Diversity adopted at the Earth Summit Conference in Rio de Janeiro, Brazil, highlighted three key principles: conservation of biological diversity, sustainable use of nature, and fair and equitable sharing of the benefits. Our work shows the value of combining basic research with education and conservation and with collaboration between academia, NGOs, and government officials and succeeding with limited resources. Much more remains to be done. We have limited resources and human capacity so we welcome collaborations and support both from local and global activists to help us protect our shared blue planet. Environmental challenges facing our planet are unprecedented and facing them requires global efforts. These challenges are compounded in developing countries because of economic, education, and political issues. Palestine is unique in its position geographicaly at intersection of continents. This is combined with the geologic history due to tectonic plate movements that created the great rift valley (with the lowest point on earth at the Dead Sea) and a series of mountains from the Galilee to the Hebron mountains creating a very rich biodiversity for a very small area. Yet, Palestine was subjected to decades of de-development, lack of Palestinian sovereignty over natural resources, and politics . Significant demographic shifts developed in the past several decades of Israeli-Palestinian conflict. Habitat destruction and environmental declines are notable (see research papers). But the question remains is there little to be done on the environmental and science front while we wait for the political situation to get resolved?

PIBS focuses on environmental conservation after doing the appropriate research and engaging in education that build capacity for conservation. PMNH/PIBS launched an Environmental Assessment Unit with oversight by experts. We are also highly engaged in citizen actions such as our programPalestine Action for the Planet.

-Biodiversity Conservation and Community Development in Al-Makhrour Valley in Bethlehem, Palestine. Funded by National Geogtraphic Socoiety Results of this work are highlighted in these reports

Final-Biodiversity Conservation Plan for WHP-23 December 2019- by Roubina Ghattas.pdf see also Research for list of published material and this story that made the cover of Bethlehem Univesrity Magazine and to show effect of our work, please see This Letter from UNESCO and here is a a report on our community activities and a Sample Presentation on the biodiversity 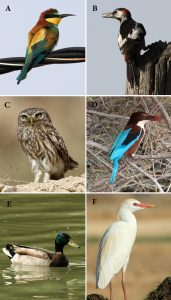